This is far more famous as Opuntia cylindrica Lamarck 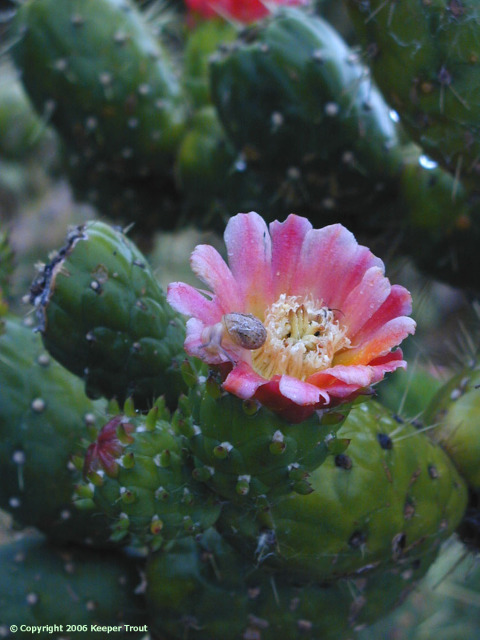 The presence of mescaline, as reported by Turner & Heyman 1960 and many earlier workers (1947-1959), was in error. [See Sacred Cacti Part B: San Pedro for more details (link to PDF)].
Analysis was based on misidentified plants.

Their actual identity was Trichocereus pachanoi. An unmistakable, albeit poor, photo is included in Cruz Sanchez’s 1948 thesis. (I am grateful to my friend Dr. Carlos Ostolaza for tracking down a copy of this publication). Even in my  reproduction of that photo below, it is obviously not Opuntia cylindrica that was studied by Cruz Sanchez. 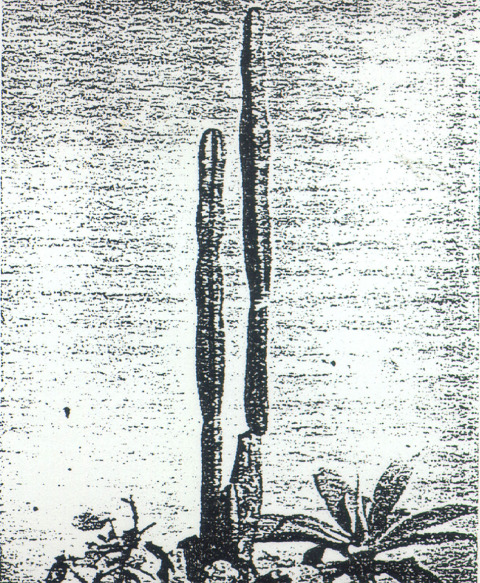 From Cruz Sanchez 1948. This is a scan of a photocopy of the original.

Authenticated Opuntia cylindrica was determined to contain no detectable alkaloids by Agurell 1969b. 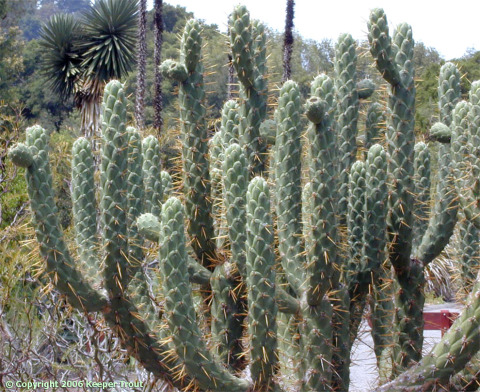 One point needs to be emphasized: Trichocereus pachanoi entered Western horticulture in the 1930s and it is clear that Backeberg *and many others* equated the plant known in Peru as San Pedro with Trichocereus pachanoi, at least by that time. (It is not clear when Backeberg first became familiar with the use of T. pachanoi as a ceremonial drug plant; which he did not mention it in print until the late 1950s in Die Cactaceae.) 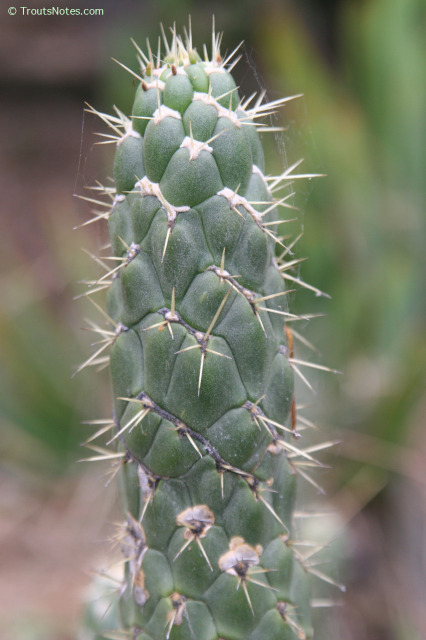 How this plant came to be misidentified Opuntia cylindrica in the 1940s and how that error could be perpetuated into the 1960s is a mystery I have not yet unraveled (but it is fascinatingly reminscent of Anhalonium lewinii‘s fictional recreation as a drug plant separate from what would otherwise have been a familar botanical source). I suspect that it probably began as a very simple error that involved a mislabeled or misidentified plant in the Lima Botanical Garden. That it was an error preserved primarily within the pharmaceutical/medical community as the name published for a known drug plant (and by extension perpetuated by the suppliers of Turner & Heymann) is suggested by both Trichocereus pachanoi and Opuntia cylindrica being long established and readily available as horticultural items by that same time period. For example, both species are offered in the 1957 Kuentz catalog. 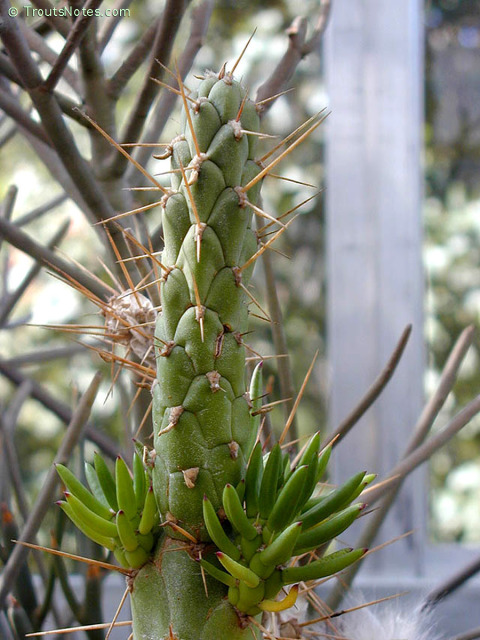 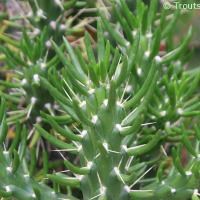 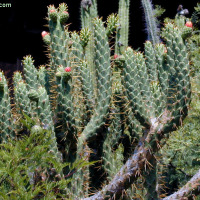 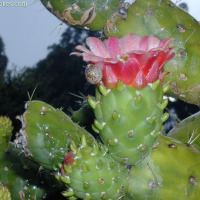 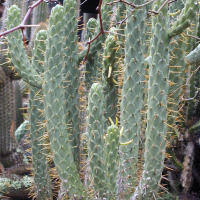 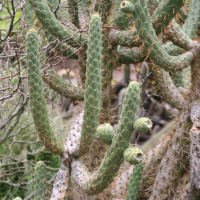 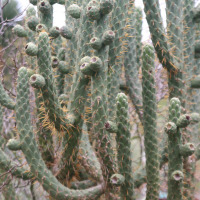