Two images have been removed from this page pending confirmation that their identification was accurate. They will return to this website as soon as that information becomes available from their grower.

This is not considered to be an accepted species. Or at least, it can’t be considered as such without someone first linking it to an actual population of wild plants.

Reported to contain mescaline in analysis and human bioassay.

Origin: These can be assumed to have originated in Mexico. Originally this appeared with a few different points of entry as material which had been culled out of lots of Mexican L. williamsii based on the unusual flower color. Exists in Europe both as a normal and as a cristate form according to Kreuzinger’s catalog. Habermann’s description was based on a plant from Mexico provided to him by Ühlig (the German cactus house) so it might be assumed that whoever it was in Mexico that provided Ühlig with their plants was familiar with where the material originated?

Habitat: Unknown but assumable to be similar to that of L. williamsii. 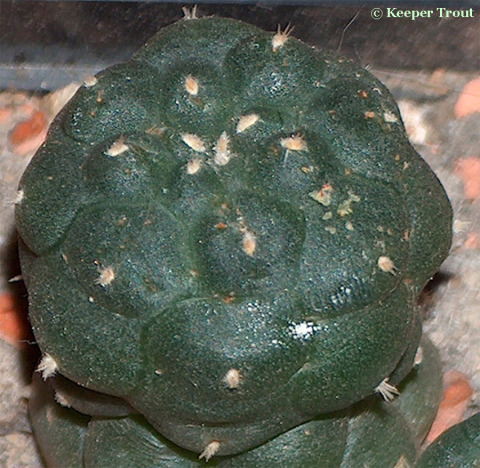 “ The habit of L. jourdaniana seems very close to that of L. williamsii at first glance, however there are some quite different features, such as long persistent spines at young stem areoles and the red perianth, style and filaments of the flowers.

The main features for recognition of Lophophora jourdaniana are small and persistent spines on young areoles and violet red flowers. Habermann 1975b
The use of the specific name “jourdaniana” is potentially misleading (and invalid) as it had been previously used for horticultural offerings. Initially ‘jourdaniana’ appeared as a name in an old Pierre Rebut catalog (Rebut Catalogue de Cactées et Plantes Grasses Diverses). I have not yet seen a copy.

Habermann’s assignment referred to a rose-violet flower color appearing in European imported & cultivated plants (arising from within lots of material identified as L. williamsii), while his actual description (and type) was based on a plant of Mexican origin in Europe which had been purchased by K.H. Ühlig (as L. williamsii) Habermann felt this plant looked like the same material as was already in European collections (again arising from within lots designated L. williamsii originating from Mexico or else what had been propagated in Europe from that material)
Therefore, this name, as Habermann described it, should be extended with caution to any earlier material referred to by the same name. 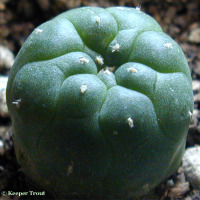 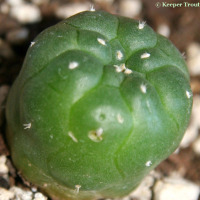 Habermann makes a baffling statement but perhap he simply mispoke:

“Moreover, this species is not cleistogamous and all attempts to achieve fertilization with pollen of other Lophophora species have failed as yet.”

Habermann’s comment on their unability to cross-pollinate this “species” with L. williamsii, its varieties, L. fricii or L. diffusa is countered by horticulturalists who have noted no such difficulty, for example M.S. Smith 1998, or who have commented on provisional difficulties (see http://www.cactus-art.biz) 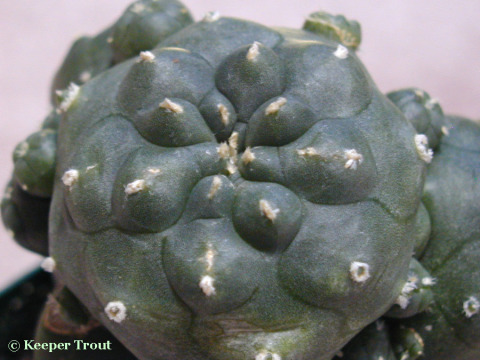 Lophophora jourdaniana is not widely accepted and is rejected by Anderson. See Anderson 1980.

Despite it’s origin being as individuals culled out of unrelated lots of imported L. williamsii those persistent spines on young areoles, and the reddishness of petals, style and filaments merits a closer look. At least four separate clone lines are being propagated and maintained as such in Europe.

It is not clear how many exist but clearly they entered horticulture over a fairly broad period of time so keeping eyes open for wild plants seems prudent.

It might simply be a difference in how one defines colors but this author has never witnessed a jourdaniana with flowers that were “violet red with deep red mid-stripes.”

It is commonly proposed that Lophophora jourdaniana shows spines due to being a hybrid. This appears to lack any actual study but it would seem to be warranted. What may be noteable in the proposals is a lack of a plausible pollen parent. 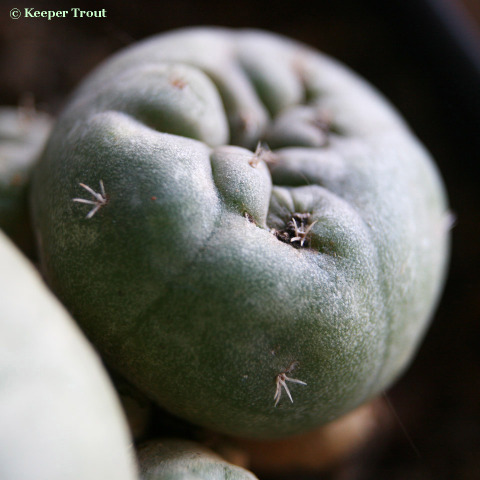 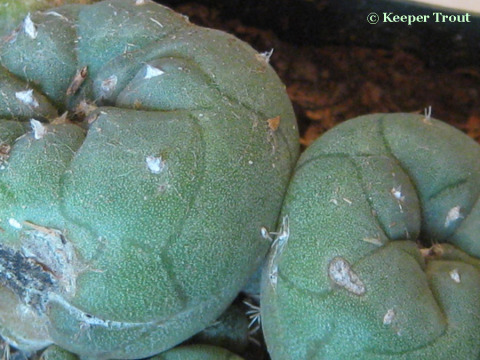 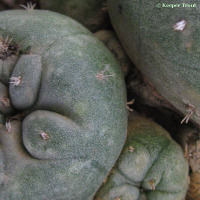 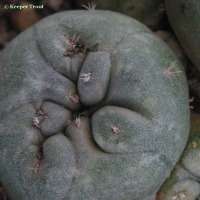 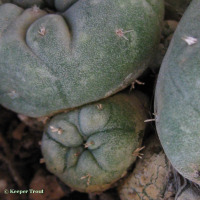 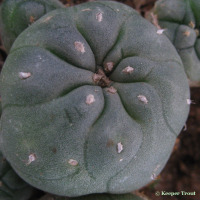 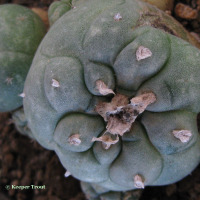 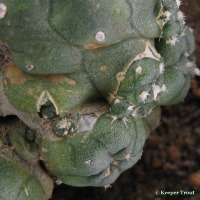 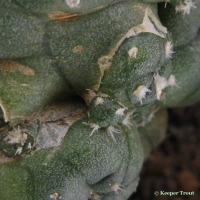 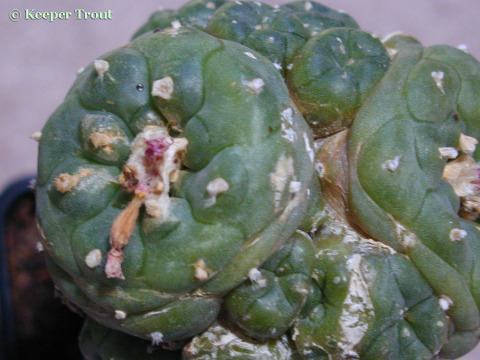