“…Inasmuch as the use of the herb or root called Peyote has been introduced … for the purposes of detecting thefts, of divining other happenings, and of foretelling future events, it is an act of superstition condemned as opposed to the purity and integrity of our Holy Catholic Faith. … neither the said herb or any other can possess the virtue or inherent quality of producing the effects claimed, nor can any other cause the mental images, fantasies and hallucinations on which the above stated divinations are based. In these latter are plainly perceived the suggestion and intervention of the Devil, the real author of this vice, who first avails himself of the natural credulity of the Indians and their tendency to idolatry, and later strikes down many other persons too little disposed to fear God and of very little faith. Because of these efforts the said abuse has increased in strength and is indulged with the frequency observed. As our duty imposes upon us the obligation to put a stop to this vice and to repair the harm and grave offense to God our Lord resulting from this practice, we, after consultation and conference with right minded persons, … admonish you and summon you to obedience by virtue of your submission [to the Church] and under penalty of anathema latae sententiae trina canonica monitione praemissa, and other pecuniary and corporeal penalties within our discretion. We order that henceforth no person of whatever rank of social condition can or may make use of the said herb, Peyote, nor any other kind under any other name or appearance for the same or similar purposes, nor shall he make the Indians or any other persons take them, with the further warning that disobedience to these decrees shall cause us, in addition to the penalties and condemnations above stated, to take action against such disobedient and recalcitrant persons as we would against those suspected of heresy to our Holy Catholic Faith….”

(The full text is given by Leonard and he also presents it in the original Spanish.) 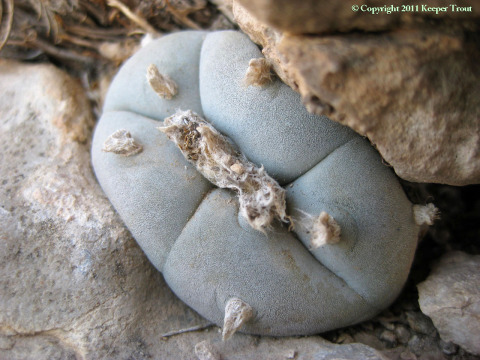 Leonard also includes a brief discussion of the motivations behind such a ban, noting both that in such a ban, as worded above, is inherent the observation that, even then, the use of peyote was not limited to “indians” and more importantly for our discussion, that the banned practice among “nonindigenous” people in the Americas will long outlive the historical progression of Inquisitions.

The use of peyote existed long before the foundation of the Catholic church and it will certainly outlive the existence of the Catholic church. No valid form of religious expression has been destroyed by outlawing it, unless accompanied by the outright murder of every practitioner, their families and their children.

The modern versions of similar inquisition laws can be found in the laws of many states which prohibit possession or cultivation of the plant and prescribe punishments of serious fines and actual imprisonment.

The peyote faith lives in spite of its persecution. The faithful have never been and will never be dissuaded by the bigoted decrees of opposing faiths. Religion and spirituality is not a legislatable matter, it is a deeply personal one. In my case, part of being able to be of service to the plant meant willingly stopping and avoiding all consumption of it more than twenty years ago. I believe that the peyote still lives inside of my heart and that, even though I will never eat another peyote plant in my lifetime, it continues to guide my actions on its behalf.

No valid religion has ever been removed by simply forbidding it. The Catholic church succeeded in destroying many religions in Europe only because they were willing and able to commit the wholesale slaughter of the faithful as well as maintaining iron fisted subjugation of the survivors for generations. This is still ongoing but is not confined to activities of the Catholic church and the mainstream judeochristian majority has instead codified religious biases directed against different religions and spiritual practices into what are presented to be public health and safety laws.

In spite of their efforts, the descendants of the unjustly murdered are once again reclaiming their spiritual heritage as humans. This is a matter of spirit and is following the natural practices which were created during the same processes producing OUR species. This is one form of the Original True Communion. All of the pogroms, legislative restrictions and violent efforts possible cannot change that simple fact that accessing this sacred state is a human right given to us by virtue of our birth. The modern Inquisition laws are as wrong and just as much in error were the first ones.

Any proposal that the government has any business controlling or regulating what people experience spiritually or how they feel or what they think in the privacy of their own minds is wrong. It most especially has no place in any democracy. 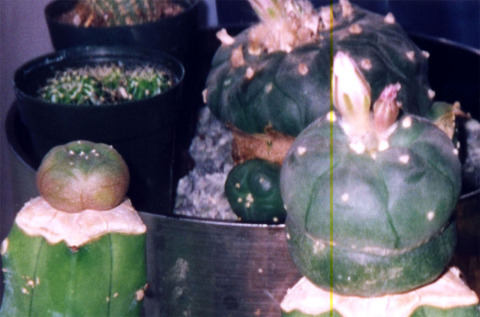 A peyote garden forced into hiding in a closet.
Photo by Anonymous